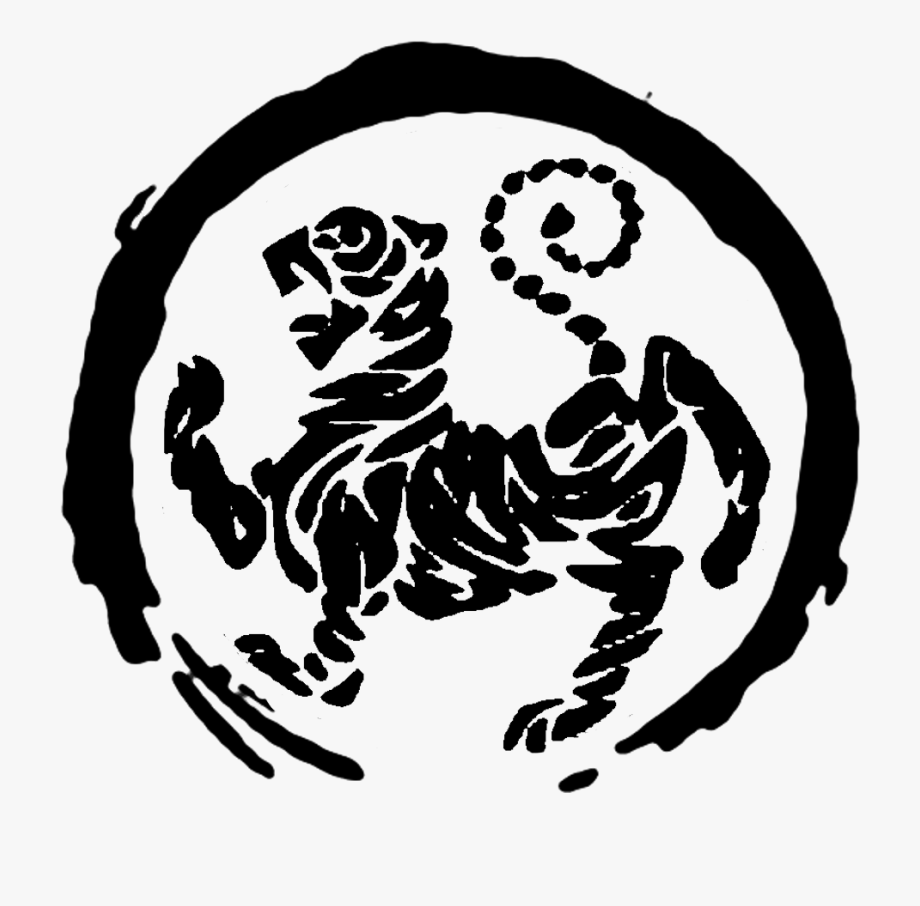 The Shotokan Tiger was originally created by a Japanese man named Hoan Kusugi who was a friend and student of Gichin Funakoshi Hanshi. This symbol of the tiger was as a representation of Funakoshi’s art to be published in the Master Text. This was to be the first book to be published on Karate.

Gichin Funakoshi Hanshi chose the tiger symbol to represent the Shotokan system of Karate because it signified strength, power, and tenacity.

The symbol was drawn in lines without the body outline whereby the lines represent the complete system of Shotokan. Each line represents various facets of Karate that the master wanted students to study throughout the course of their journey. The message here was that Karate consists of stances, strikes, thrusts, kicks, joint locks, pressure points, blocks, take downs and controlling techniques.  If any of the above are not practise that ultimately the whole system is compromised.

Ultimately, Funakoshi Hanshi’s vision of Shotokan is illustrated within the outer circle indicating that the power of Karate should be contained.  Although Karate helps the individual to develop power, one should never use this power on a whim.  The power is only unleashed, or broken from the circle, in order to defend ourselves or others who cannot defend themselves from a violent attack.

When you train in Karate in any Dojo, it is important to remember this philosophy of Gichin Funakoshi Hanshi. Too often, I have seen over the year’s students give up on their training and the catalyst of this is often not training with the true spirit Karate. Consequently, it is important to remember the spirit of art one practices when being challenged through difficult times.

Below is picture of all our students that made it through the lock down period by maintaining this Shotokan Tiger spirit. I feel very proud of them all for not giving up on their training and maintaining their integrity and resolve to succeed!