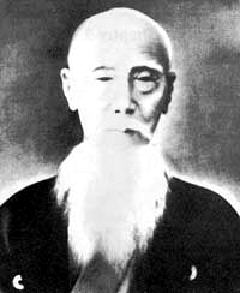 History of Karate began over a thousand years ago, possibly as early as the fifth century BC when Bodhidharma arrived in China (Henan Province, Songshan Mountain) from India; He sat in silent meditation and practiced a series of physical movements for nine years. Bodhidharma passed on his physical training techniques (Sutras) to the monks at Shaolin, who integrated them into their spiritual training. These teachings eventually became the mind and body, exercises which allegedly marked the beginning of the basis for the majority of Martial Arts. In order for knowledge to grow it must find new territory. Thus, in the search for spiritual enlightenment, the Martial Arts were born.

Although Karate was a result of the development of the Martial traditions of China, its origins are unclear and little is known about the early development until the late 19th and early 20th Century when the art experienced a surge of expansion and development in Okinawa.

Karate evolved from an indigenous form of closed fist fighting which was developed in Okinawa from an art form known as Te, or hand. Weapons ban, imposed on the Okinawans at various points in their history, encouraged the birth of empty-hand techniques and, for this reason, was trained in secret until modern times. Further refinement came with the influence of other martial arts brought by nobles and trade merchants to the island.

Consequently, Te continued to develop over the years, primarily in three Okinawan provinces: Shuri, Naha and Tomari which were homes to different communities of society. For this reason, different forms of self-defence developed within each city and subsequently became known as Shuri-te, Naha-te and Tomari-te. Collectively they were called Okinawa-Te or Tode, ‘Chinese hand’. Gradually, Karate was divided into two main groups: Shorin-ryu which developed around Shuri and Tomari and Shorei-ryu which came from the Naha area.

The Chinese character used to write Tode could also be pronounced ‘kara’ thus the name Te was replaced with Kara te – Jutsu or ‘Chinese hand art’ by the Okinawan Masters. This was later changed to Karate-Do by Gichin Funakoshi who adopted an alternate meaning for the Chinese character for kara, ’empty’. From this point on the term Karate came to mean ’empty hand’. The “Do” in Karate-Do means ‘way’ or ‘path’, and is indicative of the discipline and philosophy of Karate; with moral and spiritual principles underpinning the Art.

Satunuku “Tode” Sakugawa (1733-1815) is believed to be the Master responsible for the spreading and formulating the art of Karate Do within the province of Shuri.  Karate historians believe that Tode Sakugawa studied under the enigmatic Kusanku (where the Kata Kusanku/Kanku originated) a Chinese envoy who was a master in the Chinese fighting system of Gong Fu or Chuan Fa.  Tode Sakugawa played a major role in the development of Karate in Okinawa and was responsible for the formation of various ‘Bo’ katas as well as the development of the Dojo Kun (Dojo code of Ethics).  Sakugawa’s most famous student was Sokon Bushi Matsumura; the teacher of Itosu Ankoh

Tode Sakagawa was an important factor in the development of “Te” on the Okinawan Islands. Sakugawa was credited with forming several “Bo” kata, which are still practiced today. In addition, Sakugawa also created “Dojo Kun” which has become a tradition with many styles. When Tode Sakugawa was 78, he taught his greatest student, Sokon Matsumura the art of “Te”. It would be Sakagawa’s student, Sokon Bushi Matsumura, who would be considered the forefather of many Karate systems.

Kanryo Higaonna was born on March 10, 1853 in Naha, the capital city Okinawa. In 1869, at the young age of 16, he arrived in the province of Fuzhou, China. It was in Fuzhou that Higoanna studied the Chinese martial arts under the great Master, Ryu Ryu Ko (Whooping Crane Master). It was in 1881, after 13 years of continuous study with Ryu Ryu Ko that he returned to Naha, Okinawa. His system of martial arts became known as Naha-te- (it was often referred to as “Tode” meaning martial arts from China).   Higoanna is accredited by karate historians for spreading the Chinese Fighting tradition within Naha, Okinawa.  One of Higoanna’s most accomplished students was Miyagi Chojun, Teacher of Yamaguchi Hanshi (Goju Kai).

Gichin Funakoshi Hanshi’s (1868-1957) is considered to be the founder of modern Karate. Born in Okinawa, he began studying Karate with Yasutsune Azato as well as Itosu Ankoh, Okinawa’s greatest experts in the art.  In 1921 Funakoshi first introduced Karate to Tokyo. In 1936, at nearly 70 years of age, he opened his own training hall. The dojo was called Shotokan after the pen name used by Funakoshi to sign poems written in his youth. Shotokan Karate is characterized by powerful linear techniques and deep strong stances. Although Shotokan Karate is now known world wide, Funakoshi Hanshi was adamant that Karate remain unclassified.

One of the early demonstrations of Karate in Japan was in 1917 by Gichin Funakoshi, at the Butoku-den in Kyoto (Hassell 1984). This, and subsequent demonstrations, greatly impressed many Japanese, including the Crown-Prince Hirohito, who was very enthusiastic about the Okinawan art. In 1922, Dr. Jano Kano, founder of the Japanese art of Judo, invited Funakoshi to demonstrate at the famous Kodokan Dojo and to remain in Japan to teach Karate. This sponsorship was instrumental in establishing a base for Karate in Japan. As an Okinawan “peasant art,” Karate would have been scorned by the Japanese without the backing of so formidable a martial arts master (Maliszewski, 1992). Today there are four main styles of Modern Karate-do in Japan and rest of the world: Goju-ryu, Shito-ryu, Shotokan, and Wado-ryu:

Goju-ryu developed out of Naha-te, its popularity primarily due to the success of Kanryo Higaonna (1853-1915). Higaonna opened a dojo in Naha using eight forms brought from China. His best student, Chojun Miyagi (1888-1953) later founded Goju-ryu, ‘hard soft way’ in 1930. In Goju-ryu much emphasis is placed on combining soft circular blocking techniques with quick strong counter attacks delivered in rapid succession.

Shito-ryu was founded by Kenwa Mabuni (1889-1952) in 1928 and was influenced directly by both Naha-te and Shuri-te. The name Shito is constructively derived from the combination of the Japanese characters of Mabuni’s teachers’ names – Ankoh Itosu and Kanryo Higaonna. Shito-ryu schools use a large number of kata, about fifty, and are characterised by an emphasis on power in the execution of techniques.

Wado-ryu, ‘way of harmony’, founded in 1939 is a system of Karate developed from jujitsu and Karate by Hinori Otsuka as taught by one of his teachers, Gichin Funakoshi. This style of Karate combines basic movements of jujitsu with techniques of evasion, putting a strong emphasis on softness and the way of harmony or spiritual discipline.

Karate development since the end of World War II

The development of Karate since its introduction to Japan and post Second World War has been phenomenal. The premise behind this is the introduction of a “True Art” to new cultures and societies who have been able to adopt Karate into their established routines and practises. This amalgamation has allowed the Art to grow and develop in many ways and today Karate Do has become almost a household name.

There have been numerous masters who aided this journey through the various styles of Karate and other Martial Arts. Below is a brief synopsis of some account of this development:

After World War II, Okinawa was in ruins and many high-ranking masters passed away. Karate groups were shattered and it took several decades for Karate in Okinawa to rebuild. This enabled Japanese Karate Instructors to take leading positions. Consequently, through the Japanese influence, Karate became a global phenomenon.

This was partly due to the endorsement of Sport/Tournament Karate. It is important to note that this was to the dismay of various Karate masters including Gichin Funakoshi Hanshi.

During the American occupation of Japan, Funakoshi Hanshi began teaching Karate to the American soldiers at the Air Force base Tachikawa. This eventually led to American officials inviting Master Funakoshi to do a three month tour in the United States at the American Military bases. These demonstrations become very popular and by the 1950’s Master Funakoshi felt that people in the West were ready to learn Karate. Consequently, he sent his high ranking students to teach Karate in the US and across Europe.

Since the 1960’s, many “Styles” and Karate Organisations have emerged throughout Europe and America. Collectively, the Art has developed a repertoire of a powerful self defence system. Generally two schools of thought exist within Karate; Sport Karate and Traditional Karate. This division has allowed the Budo traditions to be remembered as well as the Art to become popular on a global level.

Due to the change that Karate has endured throughout the last 60 years, much has been transmitted through various lineages. Many Styles/Teachings have merged and consequently the creation of many versions of Kata. A classic example of this is when the Japanese/Okinwan Masters re-grouped after the Second World War. A pertinent point which comes to mind; were they all able to recollect and put together what was transmitted to them in terms of Kata and Bunkai? A great deal of research has been carried out in the form of research papers, books, internets sites and magazines. Indeed this has become an intellectual topic of study in itself.

In my opinion, the transition of Karate since World War II has been of a positive nature. For example, various versions/styles allow food for thought and an insight into something new. Furthermore, when Karate arrived on the shores of America and Europe, it fused with their combative methods that already existed. This led to the 1970’s/80’s boom, whereby Martial Arts took to the stage of Hollywood.

Today, Karate exists in a digital age where views and perspectives are shared globally. There are various Organisations that take the centre stage, promoting and governing various standards. These standards have become a topic of discussion with regards to their relation with the National Curriculum.

Ultimately, Teachers must be true to the art through dedication and hard work. The fundamental aspect of Karate/Martial Arts can be sought through various text and teachings. Essentially these principles and concepts must be practised on a regular basis in order to find and restore what was once maybe lost or forgotten!