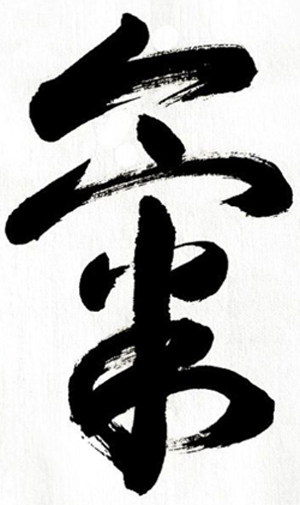 This is a word that is often used within the Martial Arts and Healing circles to describe a phenomenon that exists within us. But what is Chi? It is often spelt as “Chi/Qi/Ki” and can be described as a Universal Energy, Vital Life Force Energy or just simply Energy.

It has been long accepted and also claimed by leading scientists such as Albert Einstein that everything within creation is made up of an energy that is vibrating at different frequencies. In all living and sentient beings, energy flows through the body in pathways known as meridians. This energy also has an inseparable opposing force that are known as Yin and Yang.

The idea of Yin Yang dates back as far as 700 BC; it was first referenced in a famous text known as “Book of Changes”. The idea of Yin Yang is that everything that exists within our universe is made up of complementary opposite forces that are equal as illustrated within the Yin/Yang symbol. Each side has at its core an element of the other and neither pole is superior. Subsequently, an increase of one side brings a corresponding decrease to keep balance and harmony between the two forces.

The concept of Yin and Yang is at the heart of understanding the very nature of Chi which flows through everything in a negative and positive manner. So, Chi can possibly be described as an electromagnetic phenomenon, as a form of light energy, as a form of bio-electromagnetic energy or electricity.

To further understand the phenomenon of Chi, the theory of Five Elements has been used to describe interactions and relationships between wood, fire, earth, metal, and water. These elements are believed to be fundamental to everything in the universe.

This theory has been around since 700 BC and is widely used within Traditional Chinese Medicine. It is based on thousands of years of observation and change. It asserts that the world changes according to the five elements generating or overcoming relationships with each other. Thereby, promoting and restraining the elements so that harmony and balance can be maintained. For example, Wood fuels fire and Fire forms Earth through ash. Earth contains Metal which is used to control Water. Water feeds Wood through trees and plants.

The Five Element diagram above highlights the support functions and controlling relationships between each element. The arrows illustrate the flow of energy and how they influence one another.

The Five Elements provide an elaborate framework for all-natural phenomena. Through this framework we can start to understand the natural law and universal order underlying all things. It provides a map of how nature interacts with the body and how the different dimensions of our being impact each other.

Each element has a Yin and Yang energy which equates to an organ. For example, the Metal element contains Lung and Large Intestines. Whereby, Lung is the Yin organ and Large Intestine is the Yang organ. The flow of Chi for these organs also manifests on the corresponding Yin and Yang aspect of the body. Similarly, this pattern is emulated throughout the body for all the organs within each element and corresponding meridian. Forming a pathway of Yin and Yang energy circulating the body through meridians.

Another facet of Chi can also be understood through a collective of 3 interrelated Yin/Yang systems. When these different Yin/Yang systems are balanced, the body is healthy and likewise, when there is an excess or deficiency the body can become weak or ill.

These three systems are:

These systems are responsible for performing five key functions illustrated below, which protect and maintain health of our body:

Chi plays a vital role within our lives from all aspects (body, mind & spirit). In order to understand Chi one must first learn to understand the nature of how our bodies find balance. Yin/Yang, Five Elements and Vital Substances are key theories which provide valuable outlook on the way Chi behaves.

This perspective on Chi helps to provide how it is linked to the physical practise of Martial Arts. Essentially, if your body is not in a balanced state then your Chi is mostly likely compromised. And through the study of Martial Arts one can start to learn how to cultivate, balance and use this mysterious force within!

When one is practicing a Form (Kata), or Chi Kung posture (Meditation), cultivation of the Chi is occurring (providing the form and postures are practiced correctly). Ultimately, application of the Form and deep knowledge of Internal Martial Arts allows one to understand the effectiveness and use of Chi in the context of self defence scenarios.