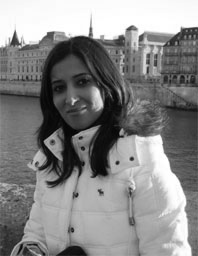 Irm played an instrumental role in setting up EmptyHands in 2006. She worked diligently as an ambassador of Karate promoting the philosophy and aim of our Dojo.

She is the first point of contact for the School and her friendly and dynamic approach helps new comers feel welcome with the registration process and induction programme.

Irm is one of our most experienced KaraTe Instructors, she recently achieved her 2nd Dan in Shotokan Karate. She has worked tirelessly building alliances with local schools where she has conducted classes and workshops. Irm is responsible managing our beginner classes and partnership Dojo’s as well as the EmptyHands treasurer.

As a student she was an active volunteer at Friends of the Earth where she campaigned on environmental issues. Over the past 20 years she has been involved in various fundraising efforts such as Gujurat Indian Earthquake appeal, Tsunami, South Asian Earthquake and more recently, Nepal Earthquake and crisis in Syria. Irm co-founded EmptyHands Foundation which has raised funds for numerous charities over the past 5 years. This year she organised and helped raise £1550 for Save the Children through the EmptyHands Charity Cup.

Irm developed a keen interest in Yoga through her Karate practice, finding numerous parallels between Kata movements and Yoga postures. Initially, she started training in Bikram Yoga and Hot Yoga which led to her interest widening. In 2013 she started her journey in the study of Himalayan Hatha Yoga under her Master Yogi Ashokananda. Although she has completed her 200hr Himalayan Hatha Yoga teaching Qualification (certified by Yoga Alliance UK), she continues her CPD under her Yogi on a weekly basis.

On a professional level, Irm has a background in Investment Banking with qualification in Social Policy, Politics and Economics. She worked at Morgan Stanley for over 10 years and was a Vice President within the Equities Divison before taking long term maternity leave. During her time off she actively pursued her interests in personal health, yoga, teaching Karate in local schools and charity work. Irm is currently working for Hinsta Performance Coaching as a Product Owner.